On occasion of 4th European Trolleybus Day – biggest greetings to all who work with trolleybuses in Vilnius, Kaunas, and in other cities of the world. 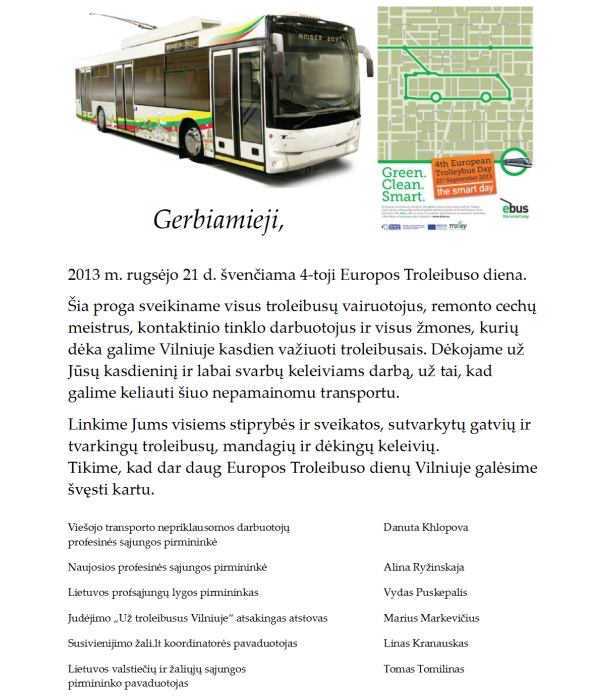 This year, for the fourth time in some European cities with trolleybus systems, the European Trolleybus Day is celebrated on the first  Saturday of Mobility Week. In year 2013 it is September 21th. On this occasion there are various events, competitions, passengers are acquainted with what is going on behind their eyes – they can find out how people work in the trolleybus depots, how trolleybuses work, what are their advantages, how trolleybuses are being repaired and so on.

This post will be regularly updated with the information to the  articles related to this holiday.

European Trolleybus Day 2013. Part 1 dalis – an annoucement (about the events in Kaunas)

Competitions to the citizens of Kaunas!

The European Trolleybus Day. How it is going on? (information from trolley-project.eu)

An excursion to the First trolleybus depot in Vilnius

Photoreports from the 4th European Trolleybus Day events in Kaunas: