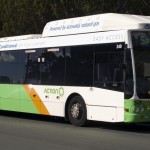 At a time when the Mayor of Vilnius Arturas Zuokas and his team keep praising CNG powered buses in their reports, and some of the passengers are complaining about the gas smell in the new MAN buses, the operation of CNG buses is halted because of a CNG bus explosion in Moscow.

On the 9th of May, 2013 an explosion ripped through Moscow. One of the methane cylinders from the gas equipment mounted on the roof of LiAZ bus has burst. On that time, there were no driver or passengers in the bus (an explosion occurred on the last stop of the route), so only passers-by were injured (a woman and a 8 year old girl – girl’s injuries are serious, but not threatening to her life). If there would be any passengers in the bus on that moment, judging from the photos taken in the place of an accident, the consequences would have been very sad.

After this event all the 50 buses with analogous gas equipment have been withdrawn from the routes until further notice.  Criminal proceedings are started under two articles of the Criminal Code.

The department of transport and road infrastructure development  report said: “The bus was equipped with modern equipment which undergoes regular maintenance and inspection. The system that controls gas pressure equipment, triggers an alarm as well as safety valves in case of technical failure. No problems were found during the movement of a bus, the explosion took place when a bus has stopped and all the passengers were disembarked.”

The Press Office also notes that modern patented gas equipment, which is being used in such buses, ensures maximum fuel security and is widely used in the world practice. 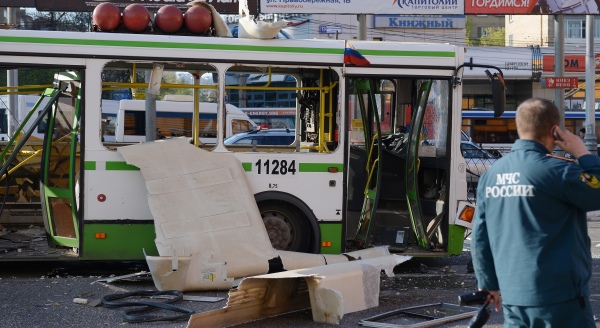 Source of the photo: rg.ru

This is not the only case when a disaster happens to the similar bus. Below you can see video from the CNG bus fire in Wassenaar (Netherlands) –  although initially the problem did not appear serious and the driver with the help of the passengers were trying to extinguish the fire by themselves, however fire rapidly spread and they all had to evacuate urgently. 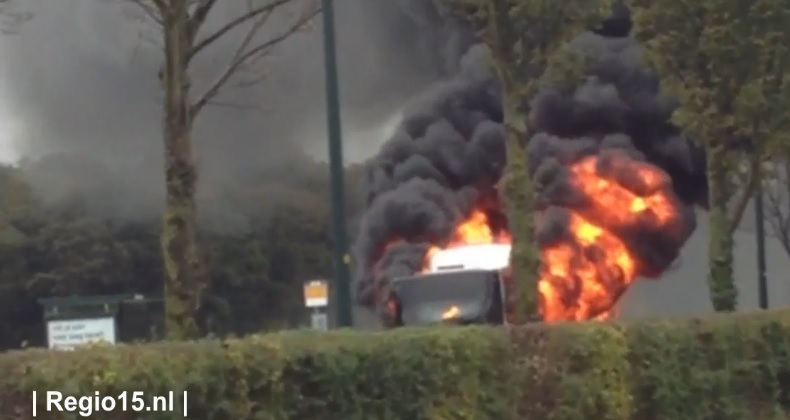 A still from the scene.

Two detailed videos and photos from the scene can be found in the website regio15.

One more short video is located on the website prochan.