First of all, let me congratulate all of you – website and facebook page visitors – with our one-year birthday!

Of course we are not posting all the information about all our actions or future plans. Some things may be boring and irrelevant to our readers. Some plans of our actions are not revealed on public as, sadly, we have not only friends but also enemies, who are trying  to pre-empt and disrupt our actions and initiatives.

The goal of Movement “Trolleybuses in Vilnius” is not only the aim to promote public transport and to make it better. Our goal is distribution of fair information and aim that people think and form their own opinion, their own conclusions themselves. We do not “copy-paste” press releases distributed by public relations department of municipality (what is sadly very popular in most of traditional media) – such “information” is only useful to corrupt officials or sciolists. With our activities are also urging residents to be more social, we are trying to seek voice of residents to be heard and taken into account. After all, according to the law it should be so – but why we do not have this in reality? Together we can try to change that!

And there were a lot of things over this year:

Thanks again to all people and organizations who support us, thanks to everyone who provide important information, thanks to all who share the information which we publish.

We hope that even more people will join us. And it does not matter who you are – a student or an associate professor, an employee or a manager, a lawyer or a singer, a writer or a photographer: everyone can find the best and most interesting activity in our group. Everyone can be useful if he/she only wants this! 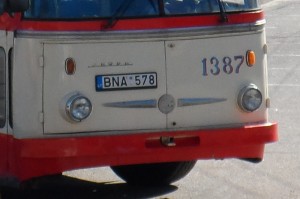 We are also preparing a small surprise on this occasion. More about this will be announced in our website and facebook page in the coming days, and now – a small hint 😎